Wolf’s proposal would target households earning $80,000 or less with up to $2,000 in assistance 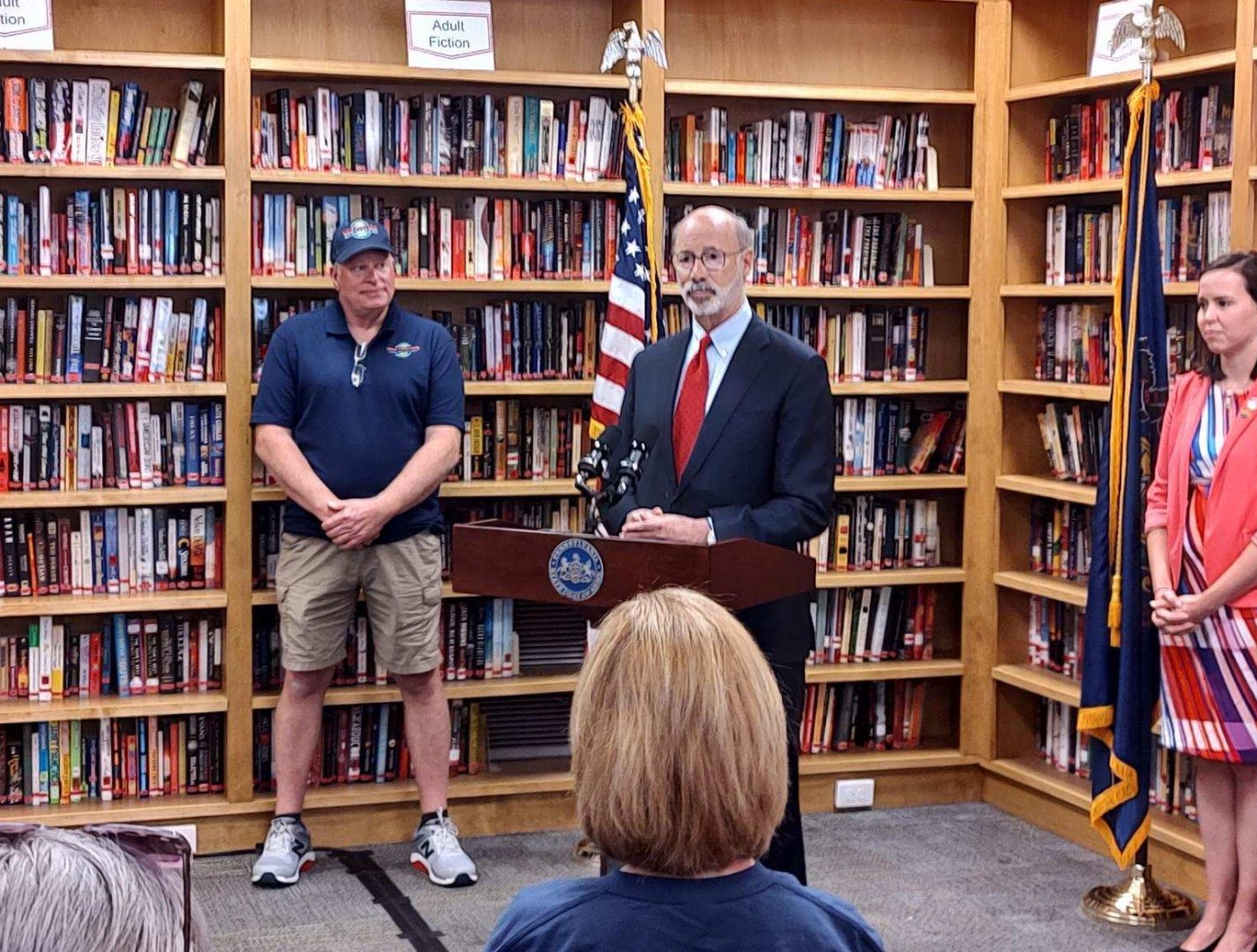 As Harrisburg turns to the debate about its state budget for the coming fiscal year, Gov. Tom Wolf came to West View to urge support for a plan to help struggling families with a half-billion dollars in federal coronavirus aid.

“They can use that money for whatever they want — whether for groceries, gas, rent, child care or anything else … that’s creating hardship for them right now,” Wolf said Wednesday morning during a stop at the social-service agency West View HUB .

The idea is to use $500 million of the $2.2 billion in money the state received from President Joe Biden’s American Rescue Plan. That 2021 legislation made money available for a variety of needs that have been exacerbated by the COVID-19 pandemic. Wolf’s proposal would target households earning $80,000 or less with up to $2,000 in assistance. It’s part of a $1.7 billion plan for the money that Wolf first proposed in February. Other components of the package target benefits for health care workers, small businesses and help with housing costs.

In any case, Wolf noted, the American Rescue Plan dollars have a Cinderella provision that means any money left unspent must be returned to the federal government by the end of 2024.

More than $2 billion in coronavirus aid “is sitting in a checking account out in Harrisburg that if we don’t use it by the end of 2024, we have to send it back to Washington,” he said. “Do you want to do that? I do not.”

Many of the details of Wolf’s proposal, which the administration calls the Pennsylvania Opportunity Program, have yet to be sketched out. It is not clear, for example, how much more money a household earning, say, $25,000 a year would receive than a household with annual earnings of $75,000.

“It’s not one-size-fits-all,” Wolf said. “The idea is to try to tailor it to individual needs, but these are the details that need to be worked out.”

Indeed, Wolf said, if Republicans have other proposals, “We’re all ears. The only thing we’re saying is, ‘Let’s not wait. Let’s do it now. Let’s make sure this gets into the hands of people who need it.’”

State Rep. Emily Kinkead, who represents the area and attended the event along with state Sen. Lindsey Williams, observed that Republicans often argue that “the people know how to spend money better than the government knows how to spend money. This is a challenge to them to literally put their money where their mouth is.”

Wolf has made a number of appearances on behalf of the proposal in recent weeks, but Republicans have shown little overt enthusiasm for it so far. While the state is exceeding monthly revenue goals and flush with cash, Republicans say they are concerned with the threat of deficits in years to come, and that the state must weigh competing priorities elsewhere within the state budget.

That debate will take center stage in Harrisburg this month, when state officials work to meet a July 1 deadline for completing the 2022-23 budget.

Democrats have proposed a bill in the state House to establish the program, House Bill 2531, but it has no Republican support and has been idling in the House finance committee since April. A companion bill, Senate Bill 1204, has met a similar fate in the legislature’s upper chamber.