LOS ANGELES — It’s June, which means rainbow colors have taken the shapes of major company logos, and the streets of Los Angeles’ historic LGBTQ+ communities are full of life.

The celebrations have been earned through generations, but behind them today is a reality that’s not always easy to put in the spotlight.

“I’m a lesbian 365 days out of the year. Not just during June. I have these things that I face 365 days of the year,” said Caroline Menjivar, the director of education and programming at GLSEN, a nonprofit that tries to better inform K-12 schools to prevent LGBTQ+ bullying and harassment. It’s been around for 32 years.

Menjivar took a moment away from her California state senate race to speak to Eyewitness News on behalf of GLSEN.

“I think about little Caroline. You know, in my high school, I thought me and my two friends were the only ones who were gay in the whole entire universe,” she said.

Menjivar acknowledged the positive changes that have taken place around LGBTQ+ issues such as more celebrations and representation in media, but she said there’s “still a lot to do.”

“When I started my work for GLSEN and I visited various schools, a little girl asked me how I, as a lesbian, worked in local government. As if that would have been a barrier for me to be in any type of job. So that sticks with me,” she said.

More recently, the numbers the GLSEN team has been trying to bring down are staggering. LGBTQ teens deal with mental health issues at a much higher rate than their straight or cisgender peers.

A different survey by The Trevor Project found transgender and nonbinary children were 1.6 times as likely to consider suicide, compared to their cisgender lesbian, gay and bisexual peers.

They’re twice as likely to attempt it. 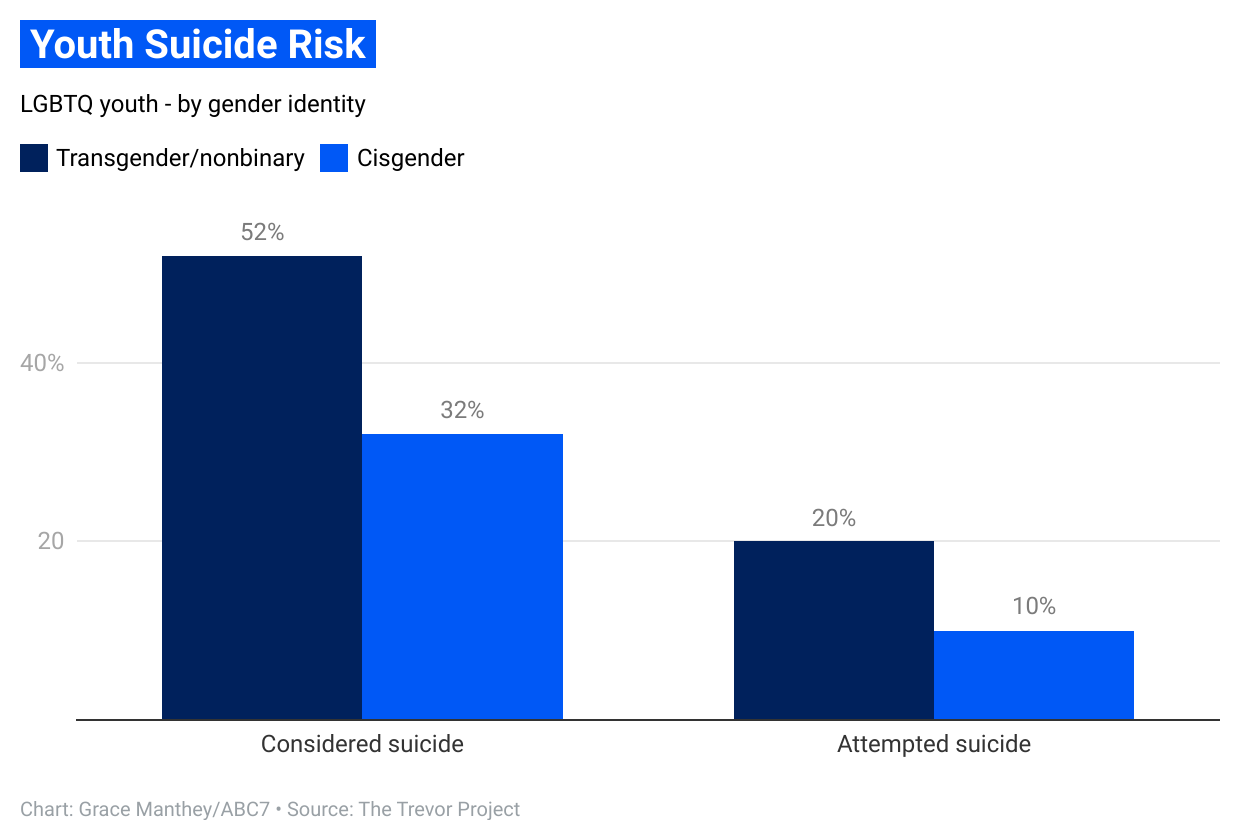 “We’re having a higher instance of people, yes, being open to mental health which I applaud, please please please. But we’re also not providing the support for our mental health therapists to take on this extra burden,” Menjivar said . 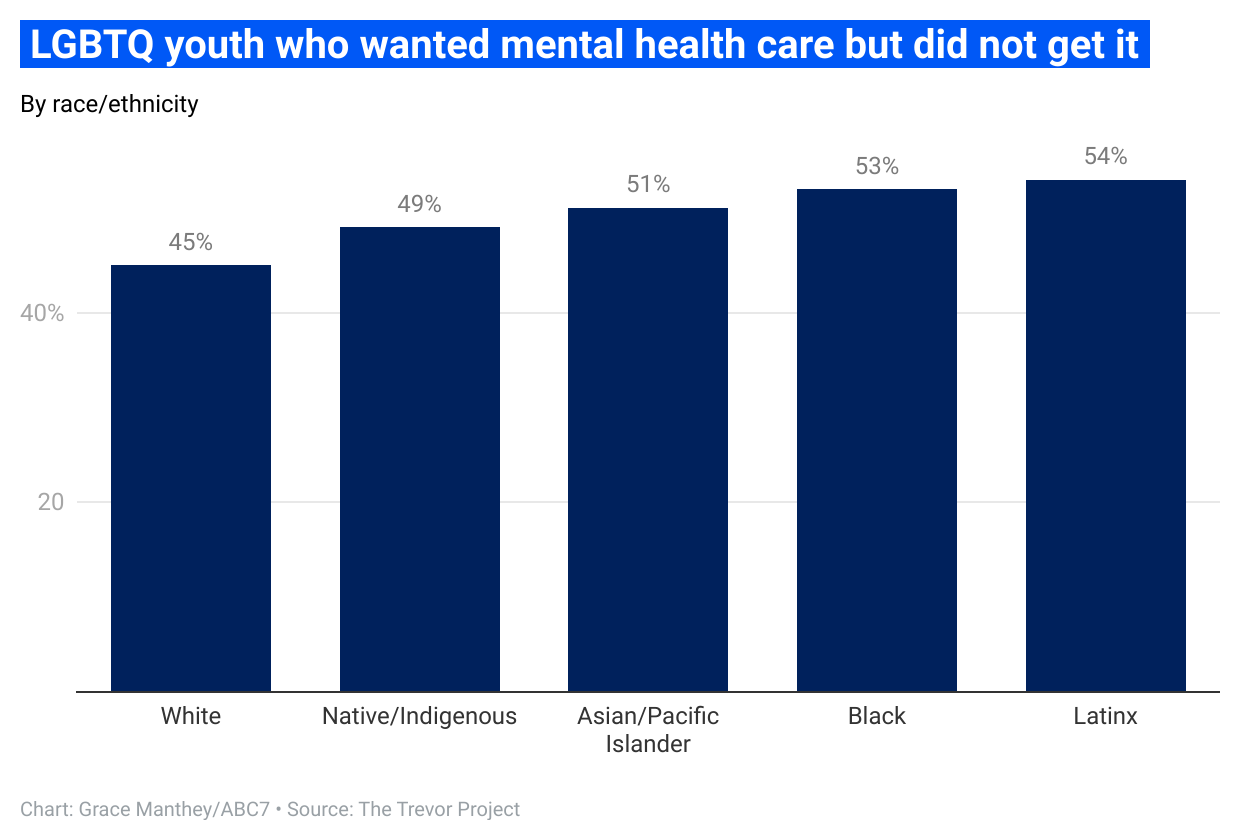 School mental health professionals may not have enough training

Laura Ross, a school counselor in Georgia, is championing the cause.

She said having mental health resources at school is essential, especially for LGBTQ+ students who may not have anywhere else to turn.

However, not all counselors have the training to help LGBTQ+ students.

GLSEN, in partnership with the American Council for Social Work, the American School Counselor Association, and the School Social Work Association of America, released a report in 2019 that found education may be lacking for school mental health professionals.

The study found that more than 7 in 10 received little to no competency training in working specifically with LGBTQ+ youth.

A higher percentage of school mental health workers had professional development in the area, though. The study found that just under two-thirds had received formal education or training on LGBTQ-specific student issues during their professional careers.

About 6 in 10 reported reading LGBTQ-related research and literature or consulting with colleagues on their work with LGBTQ+ students in schools at least sometimes in their professional careers.

“If I’m going to a school counselor conference, if there’s sessions around supporting LGBTQ+ students, I’m going to go to that,” said Ross. “I’m going to find those resources and go and dig into GLSEN and Welcoming Schools and everybody else to kind of figure out, what are the ways that, you know, have been known that work to support our LGBTQ+ students and I constantly am just seeking that.”

Ross’s advice for anyone who wants to support LGBTQ+ kids is to simply ask how, and let them lead the way.

“We listen to our students and hear the students’ voice and empower their voices, and they tell us what they need and what’s gonna be helpful for them. From LGBTQ+ students and also from their allies and what they’ve seen,” Ross said .

And just as important as what they’ve seen, Menjivar said, is what they haven’t.

“We see celebrations in pride in these very affluent areas that, in all reality, have acceptance already. We need more energy in areas that need representation. Where you have abuelitos, tias, grandparents who need to see queer people exist,” she said .