ANOTHER 15 cases of monkeypox have been detected in the UK, health chiefs say.

It brings the total to 214 as of June 2, with the majority in London.

There have been at least 550 cases of monkeypox seen worldwide since early May, the most of which are in the UK.

The World Health Organization (WHO) said the number of cases seen so far could be the “tip of the iceberg”.

But experts say the risk to the public remains “low”.

The UK Health and Security Agency (UKHSA) say the virus has so far been mostly detected in one community.

Most cases are known to be gay, bisexual, or other men who have sex with men (GBMSM). Only two cases have been in women. 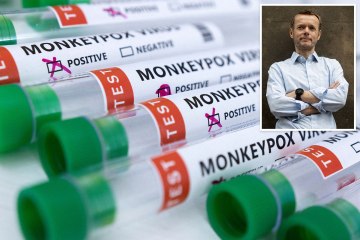 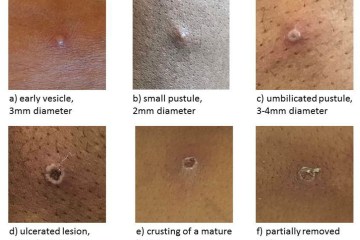 The UKHSA said today: “Anyone can get monkeypox.

“Currently most cases have been in men who are gay, bisexual or have sex with men, so it’s particularly important to be aware of the symptoms if you’re in these groups.”

The key symptoms of monkeypox include a flu-like illness of fever, chills, and muscle aches, followed by a chickenpox-like rash.

The rash develops into painful blisters before scabbing – and a person is infectious until their scabs have fallen off.

The UKHSA said people should contact a sexual health clinic if they have a blistered rash and have been in close contact with someone who might have monkeypox within the past three weeks.

The World Health Organization (WHO) has said cases may be more prevalent among people in the gay community because they are more likely to come forward to sexual health clinics when they have symptoms.

But in a report released on Wednesday night, the UKHSA stated that dating apps and bars used efficiently by gay people have linked cases.

It said: “Investigations to date have identified links to gay bars, saunas and the use of dating apps in the UK and abroad.

“Investigations continue but currently no single factor or exposure that links the cases has been identified.”

Researchers of a new study published on Thursday also noted “links to sex on premises venues, private sex parties, and the use of geospatial dating apps, both in the UK and abroad”.

Published in Eurosurveillance, the study investigated cases of monkeypox in the UK, grouping patients into three groups.

One group was cases among those who had traveled from Africa, the second was household transmission, and the third was had no links to travel or previously confirmed cases.

Of the 79 people in group three, all were men, and the majority (66) identified as gay, bisexual, or as men who have sex with men.

Monkeypox is endemic in parts of Africa, which just means that it’s consistently present, and accounts for some 9,000 cases a year.

But it has been unusually spreading in Europe, the US, Canada, Australia and other parts of the world.

Experts now say there is evidence of community transmission in the UK.

It may have been spreading in non-endemic cases “under the radar” for a while, the WHO has said.

While health teams race to find more people with the virus through contact tracing, one expert has said it could be hard to “stamp it out”.

Professor John Edmunds, of the London School of Hygiene and Tropical Medicine, said the fact that so many infections have been “cropping up all over the world” indicated there was “going to be a problem”.

“You’re not going to get rid of it overnight,” he told The Independent.

“It’s going to take a good couple of months of really solid work to chase up all the infections and contacts and stamp it out. It will take a while.”

In most cases monkeypox is a mild disease and clears up on its own. No deaths have been reported in the current outbreak.

The signs may include – according to the UKHSA and previous medical reports:

8. Cold-like symptoms, such as congestion and runny nose

Complications of the illness have been documented as: