It is no secret that comedian Adam Sandler loves basketball. His newest movie, Hustlewhich is now streaming on Netflix, is his longest love letter to the sport yet.

The film is produced by Sandler’s Happy Madison Production in tandem with LeBron James’ The SpringHill Company. It is about a basketball scout who discovers a once-in-a-lifetime player with “a rocky past” (played by Juancho Hernangomez) and the path he takes to the NBA.

Spencer Beighley — the Head of Film at The SpringHill Company and an executive producer for Hustle — explained to For The Win why the movie was able to land so many big names for this project.

“You’re going to see a lot of excellent basketball players in this movie. It was never as easy to get cameos in any movie than it was on Hustle because when you say Adam Sandler’s name, people immediately perk up,” Beighley said.

“All these players, they not only grew up with all of Adam’s movies, but they know that he is a true basketball fan at his core.”

You’ll notice that many of the featured athletes have connections to the Philadelphia 76ers. That’s because, in the movie, Sandler’s character used to work for the organization. The film’s director (Jeremiah Zagar) and writer (Will Fetters) are both from Philly.

Meanwhile, in addition to many of the bigger names, there are also plenty of other non-NBA basketball players who played important roles (including streetball legends like The Professor, AO, and Main Event) as well.

“There are so many hidden cameos that sometimes go so ‘inside-basketball’ that only the dedicated fans are really going to notice,” Beighley added. “I think it’s those cameos that allow this story to feel like a love letter to the game.”

For example, TNT broadcaster Kenny Smith plays an agent named Leon Rich. In case you didn’t catch that reference, LeBron’s first agent when he came into the league was Leon Rose and his current agent is Rich Paul.

There are plenty of other similar nuggets (including Denver’s Aaron Gordon) and easter eggs sprinkled throughout the film to look out for as well.

Before you stream, you can watch a trailer for the movie if you click here. Otherwise, take a look at some of the individuals who you will see on the screen when you watch Hustle.

NOTE: Some of the images could be spoilers for the movie! 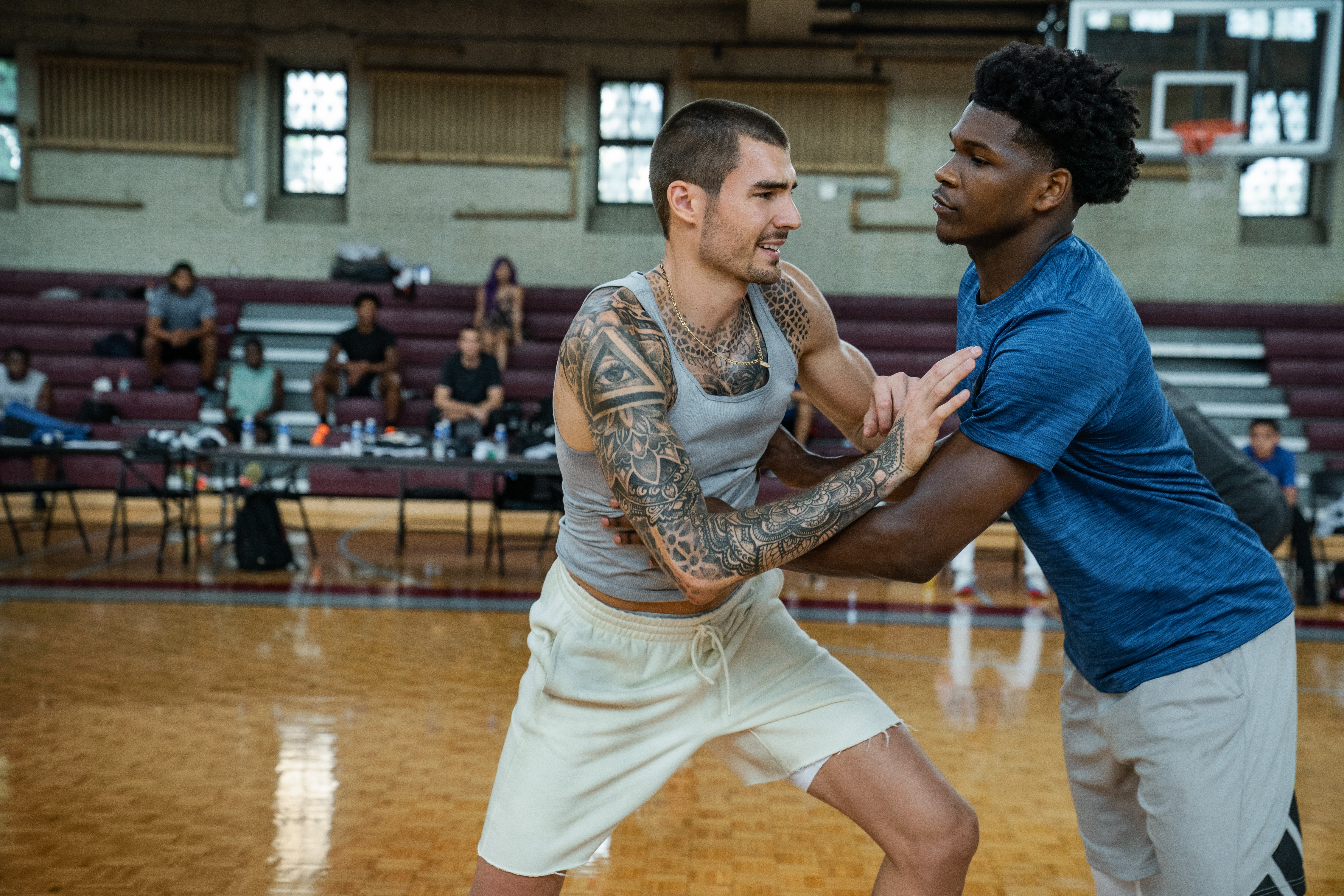 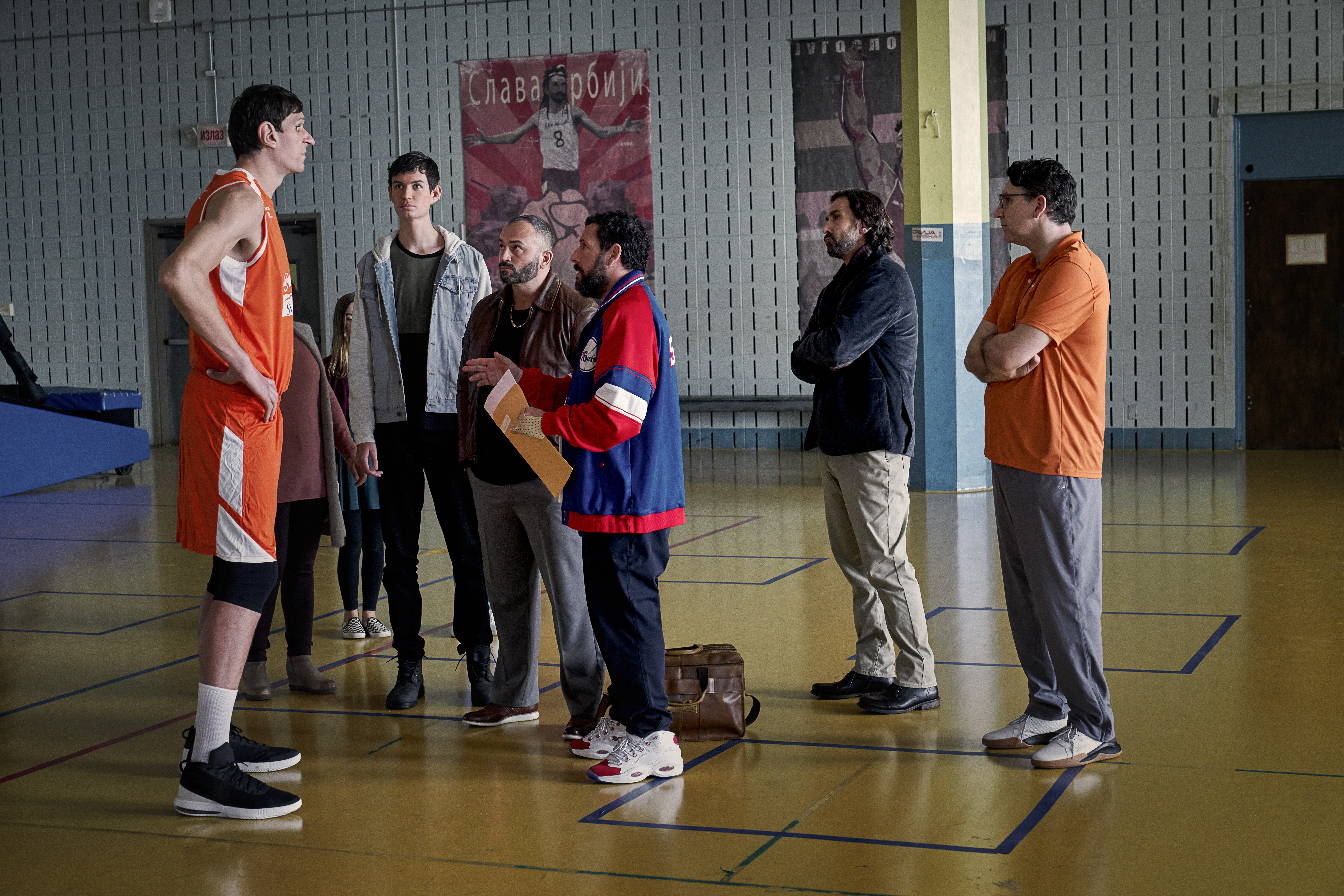 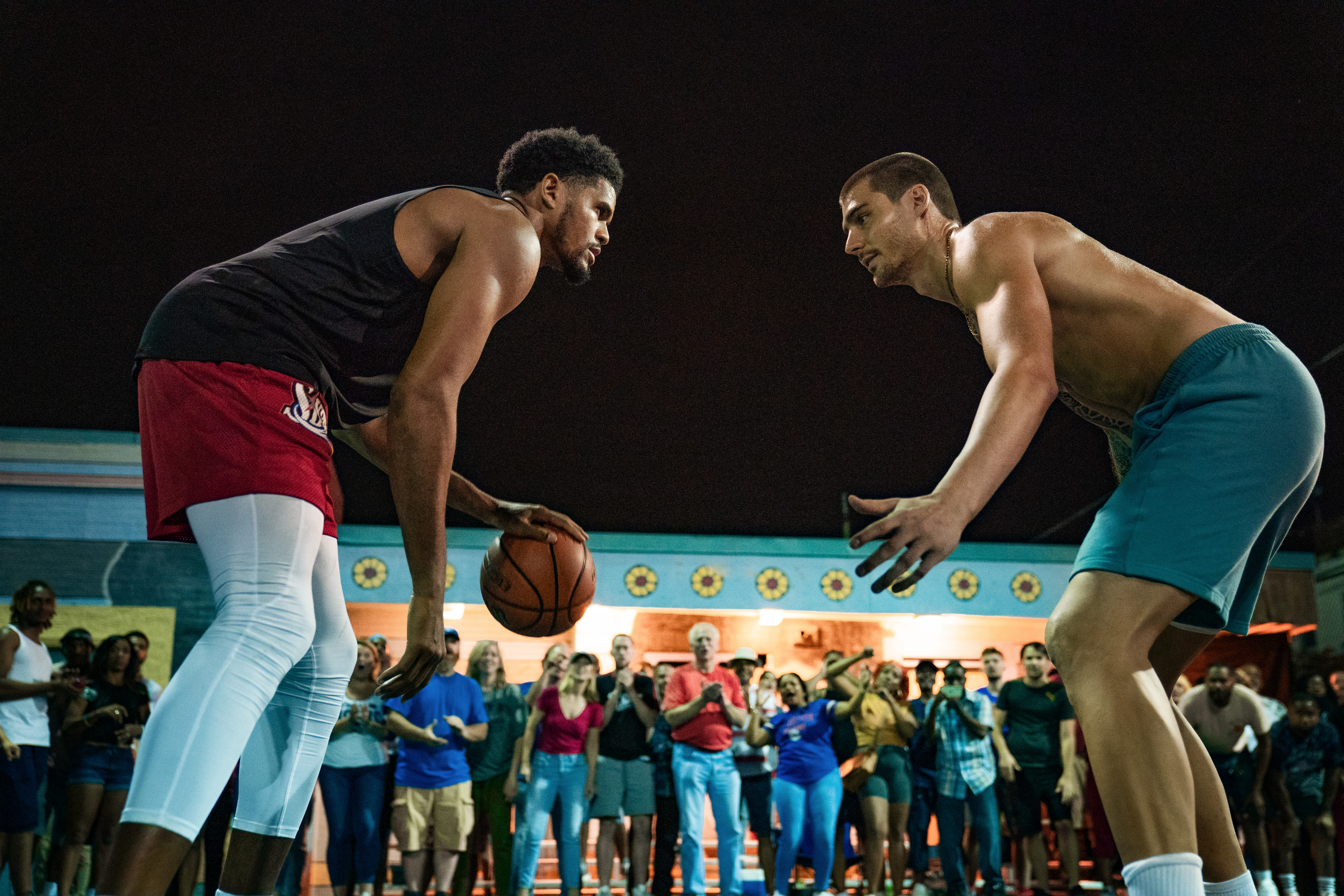 Tobias Harris as Himself and Juancho Hernangomez as Bo Cruz (Scott Yamano/Netflix © 2022.) 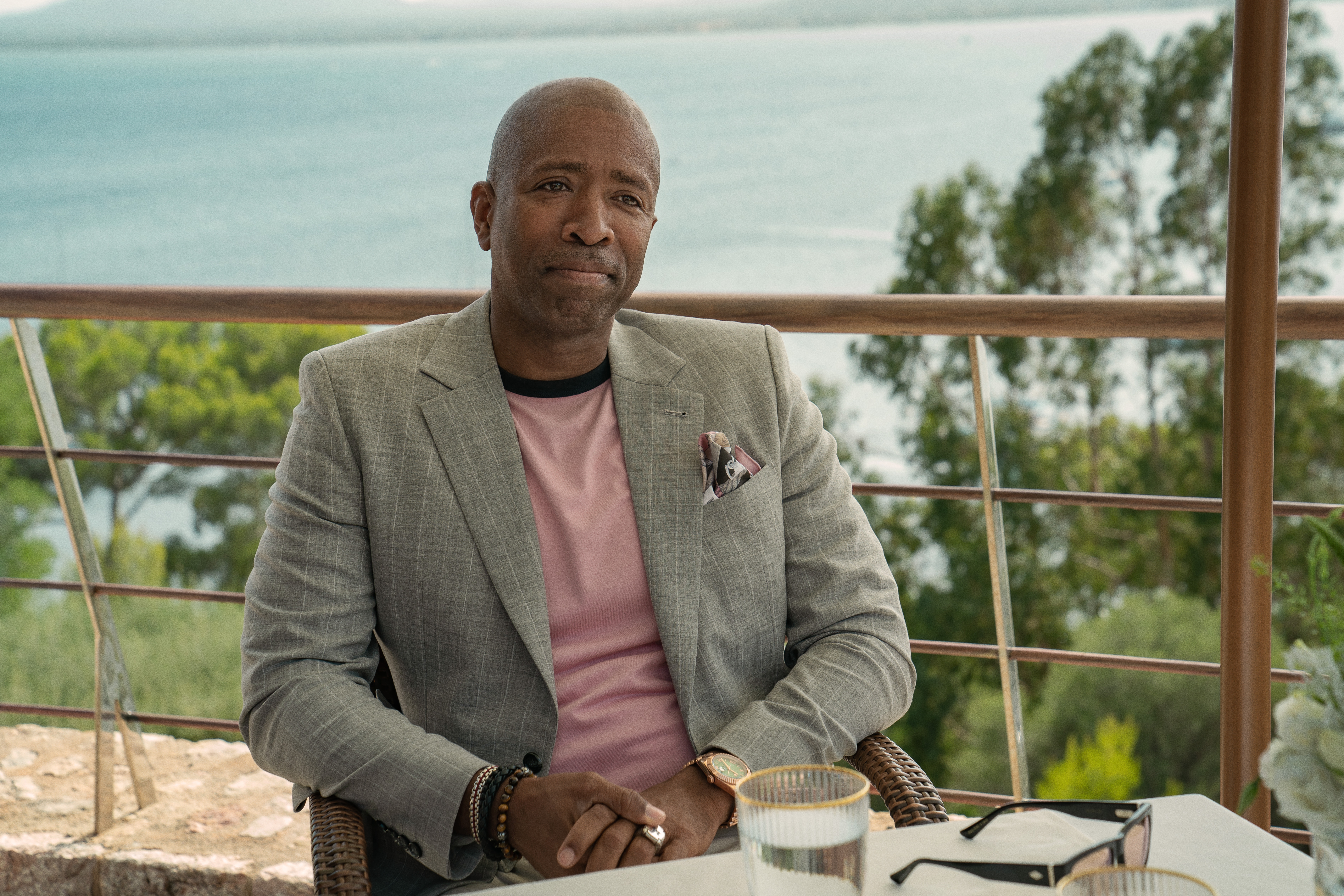 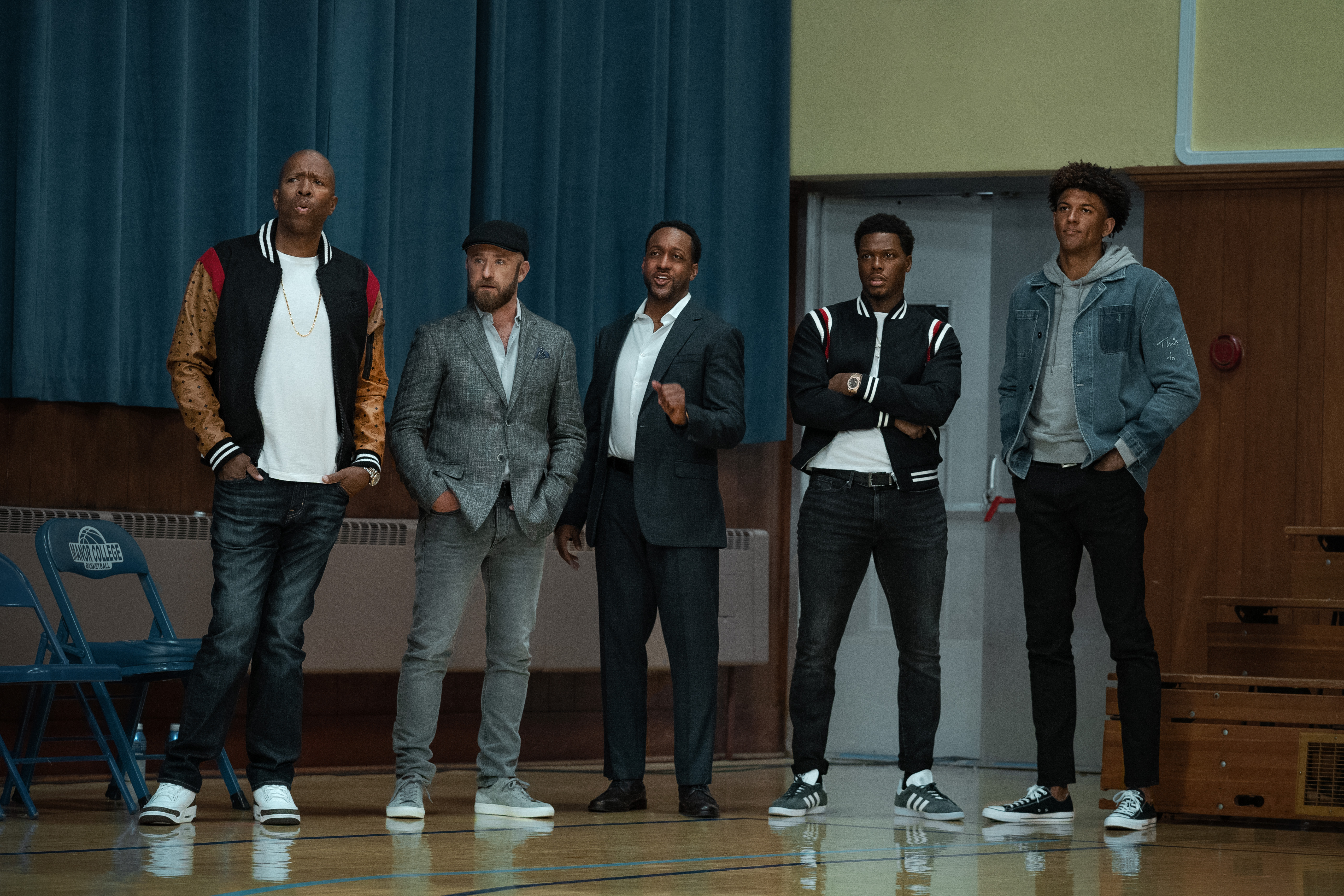 Kenny Smith as Leon Rich, Ben Foster as Vince Merrick, Jaleel White as Blake, Kyle Lowry as himself and Matisse Thybulle as himself (Scott Yamano/Netflix © 2022) 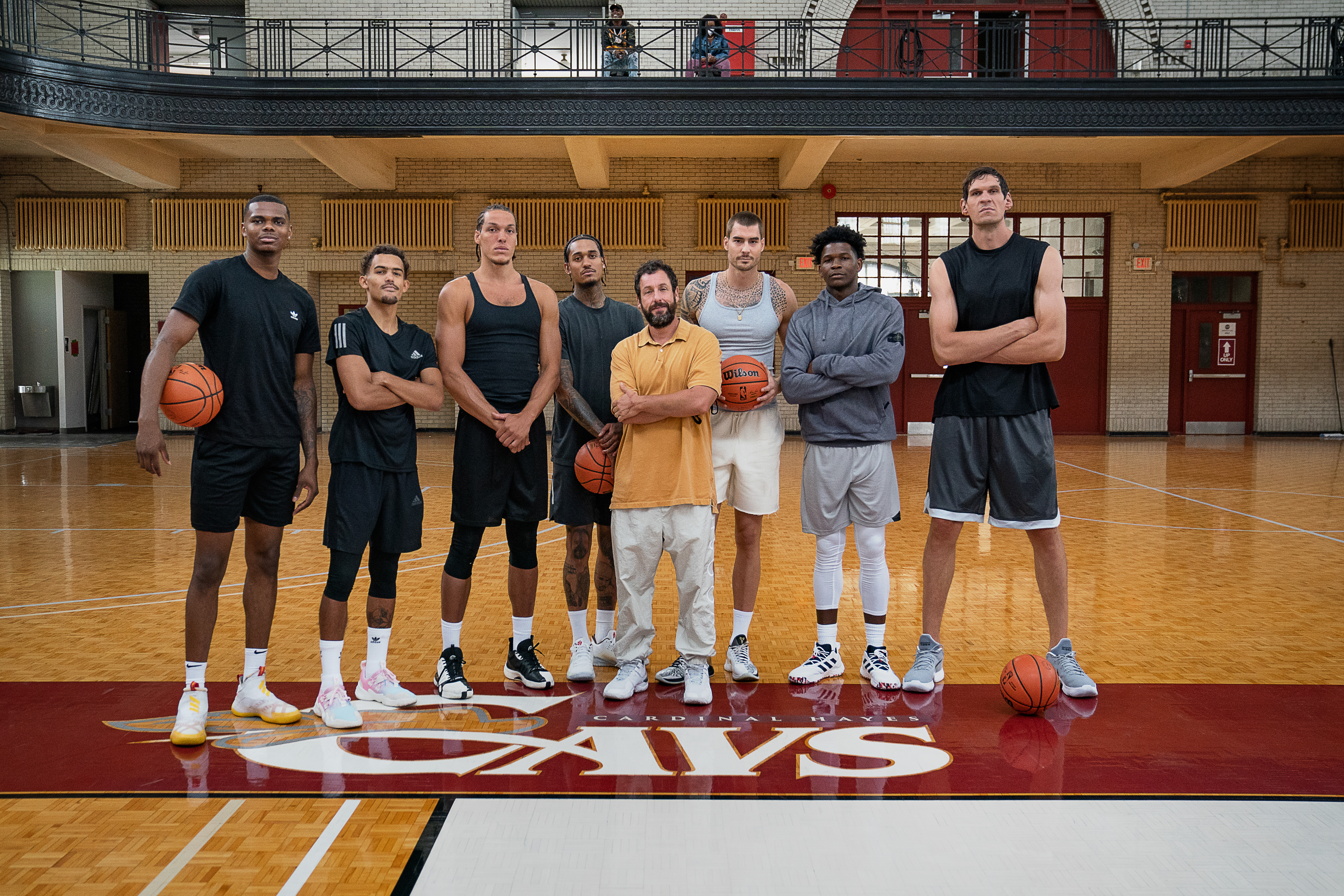 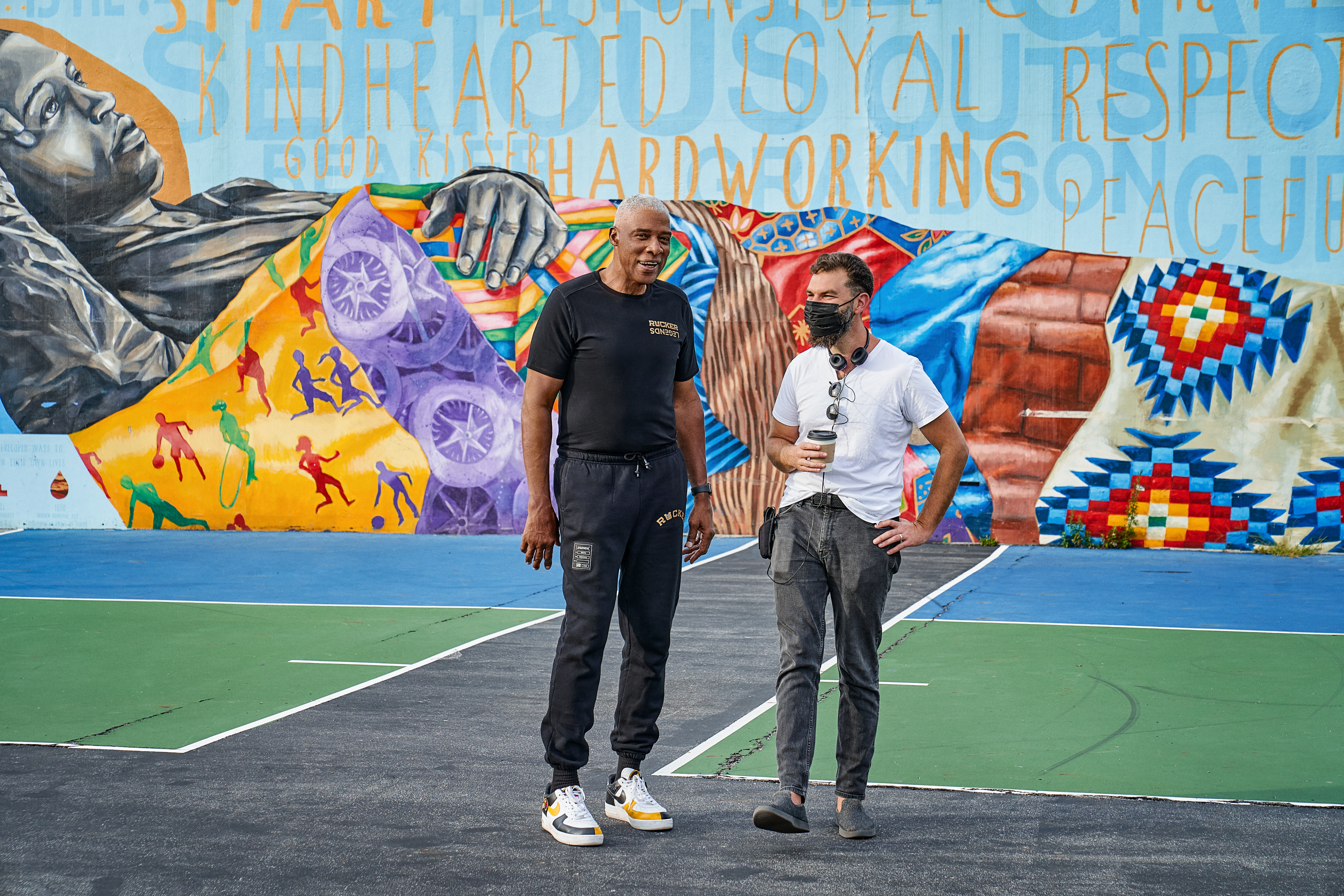 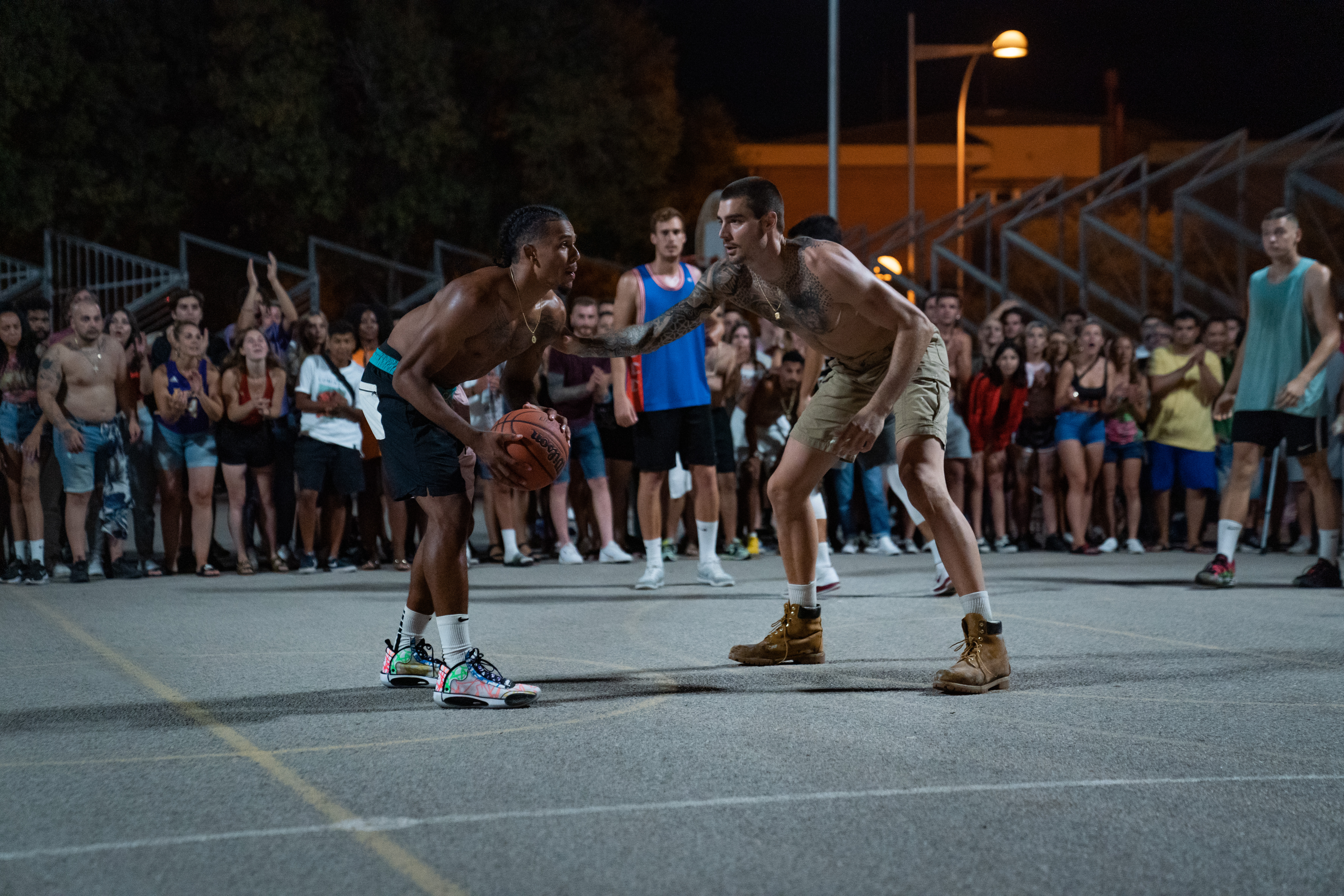 Elvin Rodriguez as Mr. Everything and Juancho Hernangomez as Bo Cruz (Scott Yamano/Netflix © 2022) 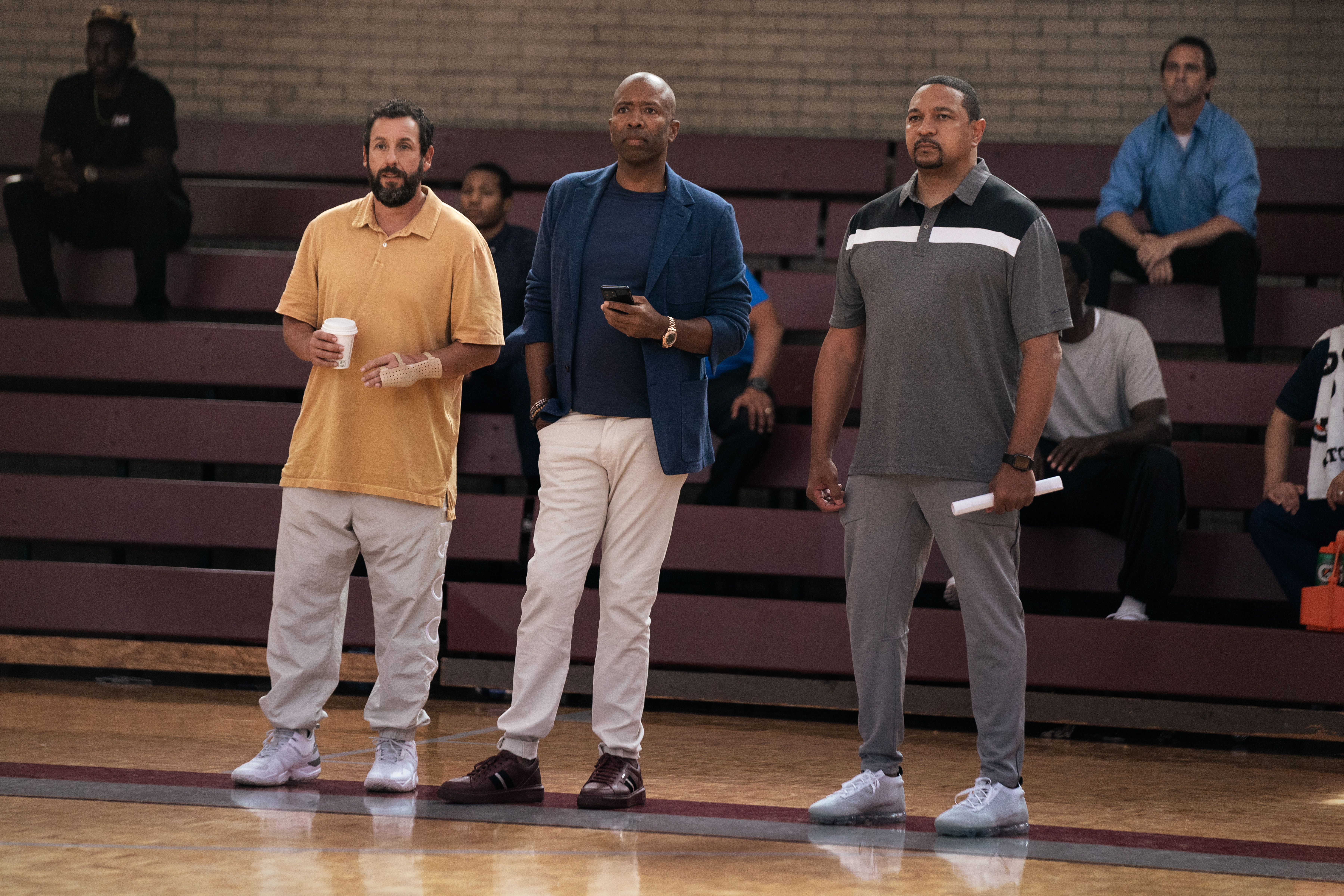 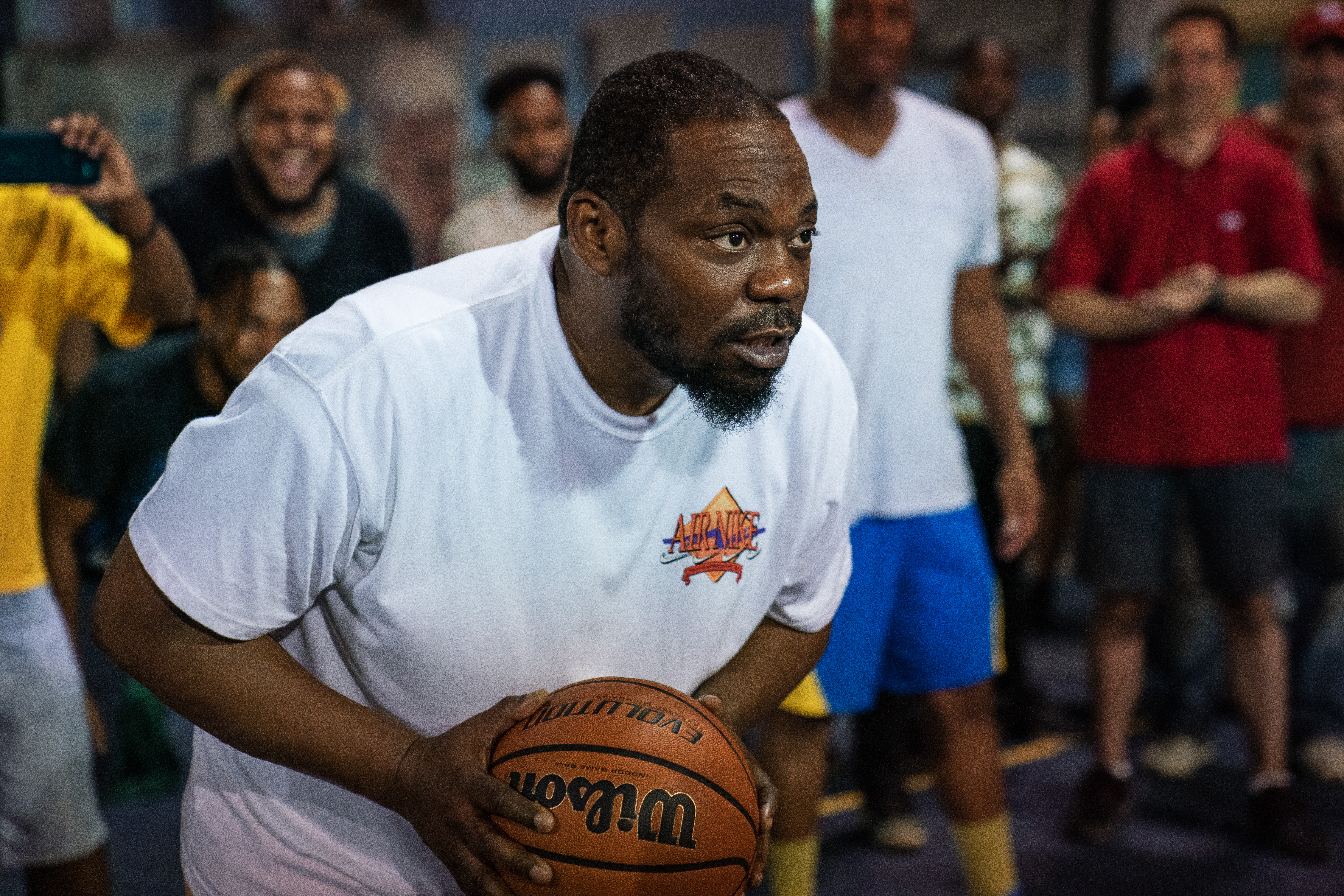 Beanie Sigel as Himself (Scott Yamano/Netflix © 2022)

Ernie Johnson Jr. (Inside the NBA for TNT) 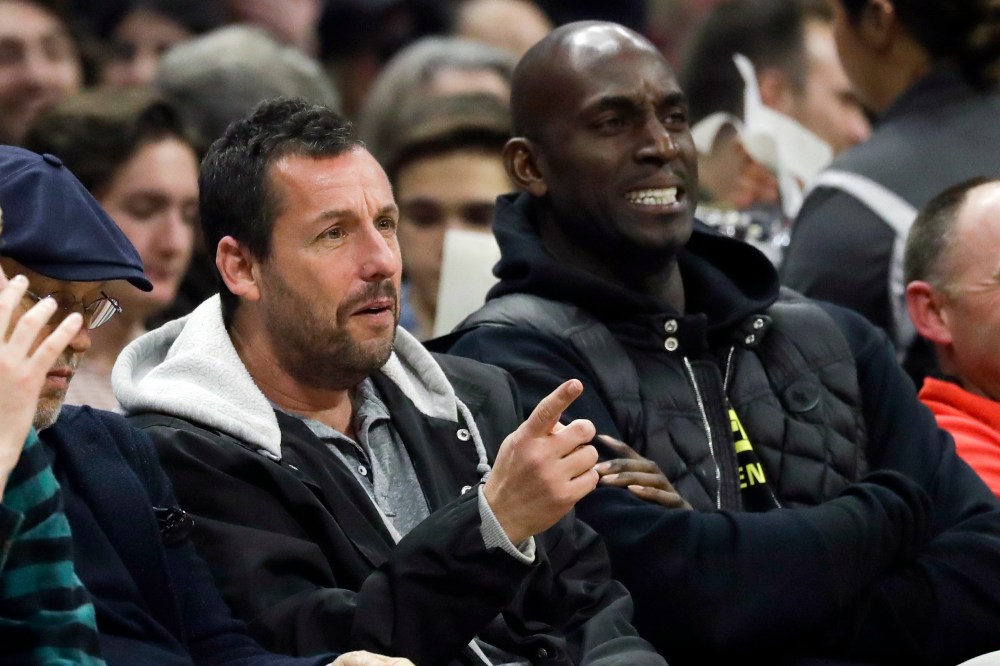