Michael Shellenberger is an environmentalist who takes aim at sacred cows of the left. He’s made a career out of poking conventional progressive positions — first by advocating for nuclear power against groups that were trying to shut it down, then by arguing that climate change won’t be that bad, and now by taking a harder line on homelessness.

His campaign as an independent for California governor ended Tuesday when he came in third in the state’s top-two primary, but his campaign to save nuclear is only gaining steam, with Gov. Gavin Newsom unexpectedly coming out in support of keeping Diablo Canyon, the state’s remaining nuclear plant, open past its planned retirement in 2025.

This interview has been edited for length and clarity.

You’ve been advocating for Diablo Canyon to remain open for years, and now Newsom is talking about it. Do you feel vindicated?

What do you think changed? Was it the basic reality of needing to keep the lights on and the recognition that we risk more blackouts? Or that you stopped talking about it so much?

wow. So your argument is that I’m such a terrible advocate that by no longer advocating for nuclear they were able to save it?

wow. I’m not quite sure what you mean that I stopped talking about it. I never stopped advocating for Diablo.

I think it’s a few things. The first is that when I started working on Diablo Canyon, it was a really unpopular plant. People were really scared of it. There were apocalyptic exaggerations being made about the risks of the plant. I took a lot of flak for many years defending that plant, making the case for nuclear. There were a lot of pro-nuclear people that had given up on Diablo Canyon. The nuclear industry gave up on it. PG&E gave up on it. And today there’s a plurality of support for saving it, and I think that there’s been a shift in public consciousness.

I’ve seen huge changes on social media. I think we contributed to making the situation much safer for new voices to come in and be pro-nuclear. And then we’re in the worst energy crisis in 50 years, that’s driven in part by overreliance on unreliable renewables, not building enough natural gas plants, and shutting down both natural gas and nuclear plants, and all those things have contributed to declining supply .

The transformation to a net-zero-emissions economy may be ambitious, but it is not impossible. By 2030, global investments in renewable energies must triple to $4 trillion per year. Bank of America is powering that change with massive investments to address challenges facing the environment and other contributing factors of social inequities.

What do you think is actually going to happen? Newsom is asking for federal support. Is that enough?

It’s never been about that. If you’re struggling to keep your lights on and you want to meet your climate goals, then I don’t think California needs a federal subsidy. We also have a huge budget surplus, so it’s hard to believe that this whole thing turns in any way on federal subsidy. If anything, it turns on whether you can get the regulatory environment at the state level and the federal level aligned with keeping it open.

But it’s on one serious earthquake fault, and then another that’s maybe a little less serious. Is it really a great candidate for being kept online?

California has earthquake faults running through, like, the whole state. I guess that would be an argument against building nuclear anywhere near an earthquake fault. And what would the reason for that be? I mean, they built that plant with incredible retrofitting, to be able to withstand earthquakes.

It gets to some issues of what risks are you worried about? I find when people are like, simultaneously, you’re apocalyptic about climate change, and then you say, well, we can’t have nuclear, well, meanwhile, we’re spending hundreds of millions of dollars a year paying people to take our electricity from excess renewables. And two years ago, we had rolling blackouts because we didn’t have enough power.

So what about the risks of not having enough electricity? I mean, there’s a values ​​judgment here, too. Some people might rather risk not having enough power. For me, that’s like, certainty of death, if you’re depriving people of air conditioners that are necessary for keeping people alive, but I guess if other people have a more apocalyptic view, then it does turn on values.

You also have a book about climate alarmism, that climate change is being overhyped. So why do we need nuclear if the effects of climate change aren’t going to be so bad?

If you’re a cancer doctor, and somebody’s going around saying everybody’s going to die from cancer in 12 years, I think the cancer doctors have a good reason to say, “You know, that’s actually overly alarmist. At the same time, you should exercise and watch your diet and we should continue medical advances in cancer treatment.” That’s always been my view.

I’ve been a climate activist for over 20 years. I also have a 16-year-old daughter, and when her friends, at the age of 14, were worried about not having kids, or when people were predicting mass famine, which is pseudoscience, at a time when UN FAO predicts rising food surpluses.

One can care about an issue and not think it’s the end of the world. I think if you really want to solve climate change, you should not panic about it, that you should be calm and rational and deliberate, and that includes weighing the risks and keeping Diablo Canyon open. 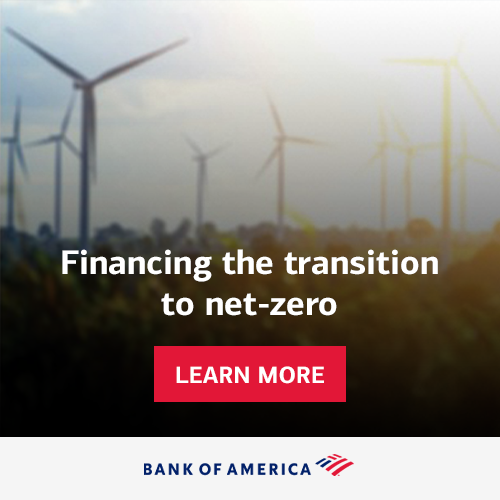 This interview is going to run after the primary [Tuesday], but talk about your strategy. You ran in 2018 as a Democrat, and now you’re running as no party preference. Is that a response to California’s open primary system, or are you really not a Democrat anymore? And what changed?

What changed is I wrote “San Francisco.” I finished the manuscript last spring and I could no longer in good conscience be a Democrat, knowing what I knew then about how the party had really created what we call the homeless crisis, which is an untreated mental illness and addiction crisis.

What do you think is a bigger issue statewide? Is it homelessness or energy policy?

Basically what you see is people not taking responsibility, starting with the governor all the way down, and the result being serious humanitarian and environmental disasters.

GAME ON — Welcome to the Long Game, where we tell you about the latest on efforts to shape our future. We deliver data-driven storytelling, compelling interviews with industry and political leaders, and news Tuesday through Friday to keep you in the loop on sustainability.

Want more? Don’t we all. Sign up for the Long Game. Four days a week and still free!

— The Washington Post has an in-depth look at has relatively clean aluminum smelter that could replace Russian imports but is running into obstacles getting enough hydropower.

— Pakistan is trimming its government workweek by a day (Saturday?!) to help save fuel amid shortages, Bloomberg reports.

— Online-resale pioneer Julie Wainwright (whom we profiled a month ago) resigned as CEO of The RealRealtea WSJ reports.

— California’s most-polluted region is spending millions to incentivize natural gas rather than electric vehicles. Floodlight News, the Guardian and Capital and Maine investigate.

As the business community races to reduce its carbon emissions, enormous amounts of capital will be required to retool assembly lines, retrain workers and reimagine how the global economy operates.

“The capital needed to transition to a net zero economy is available,” says Karen Fang, Global Head of Sustainable Finance at Bank of America. “And the private sector is capable of organizing and deploying it at scale.”

Bank of America, for example, deployed $250 billion to environmental finance efforts in 2021 alone, part of an overall $1.5 trillion sustainable finance commitment through 2050.

Read more about why the private sector will be essential in innovating solutions to new environmental and social challenges.